Previous issues of Archai are available for purchase: 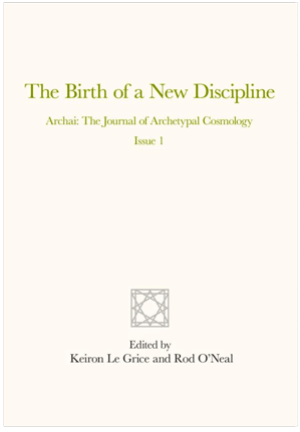 This volume, the premier issue of the Archai journal, lays foundations for the academic discipline of archetypal cosmology, which has emerged from the confluence of a number of different fields: depth psychology, archetypal astrology, history, philosophy, cosmology, religious studies, comparative mythology, cultural studies, the arts, and the new-paradigm sciences. With contributions from Richard Tarnas, Stanislav Grof, Keiron Le Grice, and Rod O’Neal, this book provides an introduction to the theoretical basis of archetypal cosmology and its applications to cultural history, biography, and the arts. The articles address topics such as the historical context of archetypal cosmology, the nature and meaning of the planetary archetypes, their connections to the psychodynamics of the unconscious, and the new method of historical analysis called archetypal historiography. Also included, as examples of this kind of analysis, are a case study of the Puritan movement, an analysis of Bruce Springsteen’s song lyrics, and an exploration of the Saturn-Neptune complex through the study of the lives and works of major cultural figures, including Blake, Coleridge, Freud, Wilde, Bergman, and Woolf. 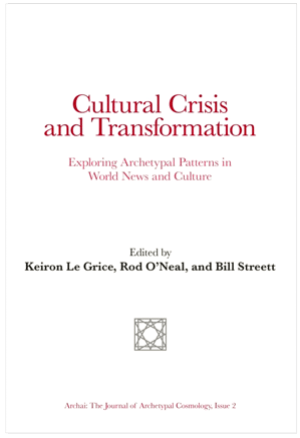 How can we better understand the significance and implications of the ecological, economic, and cultural crises we now face? What are the deeper forces at work shaping the contemporary zeitgeist and connecting the major events of our time? Is it possible to place our moment in history in the context of great cyclical and diachronic patterns of change? Responses to these and other related questions are explored in this second issue of Archai: The Journal of Archetypal Cosmology. The nine essays featured here use archetypal astrology to shine a light on the deeper dynamics of history and contemporary culture. Contributions include cultural historian Richard Tarnas’s analysis of the major world transits of the last five years, focusing especially on the Saturn-Uranus-Pluto T-square, and the second part of his exploration of the Saturn-Neptune complex. Also included are the second parts of Rod O’Neal’s in-depth analysis of the Puritan movement and Keiron Le Grice’s exploration of archetypal themes in the music of Bruce Springsteen. The other articles cover a wide variety of topics relevant to an archetypal understanding of contemporary culture such as the global financial crisis, the Israel-Palestine conflict, the gay rights movement, the history of rock and roll, and recent achievements in the sporting world. 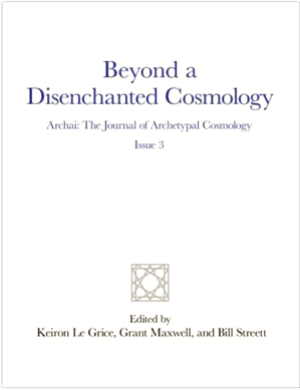 Issue 3 (2011): Beyond a Disenchanted Cosmology

This issue of Archai is concerned with the rise of the disenchanted world view in the modern era, and the possible significance of archetypal cosmology for moving beyond it. The articles featured here approach the topic of disenchantment and its transcendence from two overlapping perspectives: conceptual, exploring archetypal astrology’s relationship to modern philosophical and scientific thought; and as historical narrative, focusing on the psychospiritual, existential, cultural, and cosmological dimensions of Western civilization’s journey from the Christian world view through nihilism and disenchantment to the unfolding spiritual transformation at the turn of the twentieth century and on, finally, to consider the life experience of a prominent modern physicist. 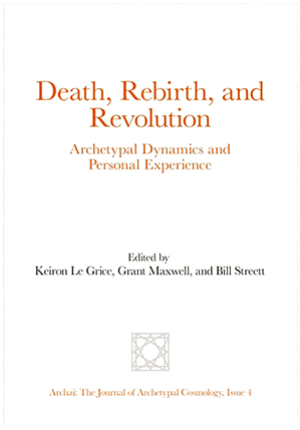 Archetypal astrology is concerned with the great universal themes and perennial experiences of human life, providing a cosmological context and archetypal framework that can be especially valuable amidst times of volatile change and uncertainty such as our own. Three such themes, forming a primary focus of this issue of Archai, are those of death, rebirth, and revolution—each powerfully constellated in current world affairs, reflecting experiences specifically associated with the Saturn-Uranus-Pluto T-square, the dominant world-transit alignment of recent years. In this issue, leading figures in the field—including Richard Tarnas, Stanislav Grof, and Rod O’Neal—address topics such as the archetypal dynamics of astrology, personal encounters with the death-rebirth process in holotropic states of consciousness, and schisms and reformations within the Anglican church. This issue also includes an in-depth archetypal analysis of recent world events, such as the revolutionary uprisings of the Arab Spring, the Occupy Movement, and some of the major political, economic, artistic, and technological developments of the 2007–2012 period. Other articles explore the ideas and creative works of figures as diverse as Plato, C. G. Jung, Pierre Teilhard de Chardin, Leonard Susskind, and Jim Henson. 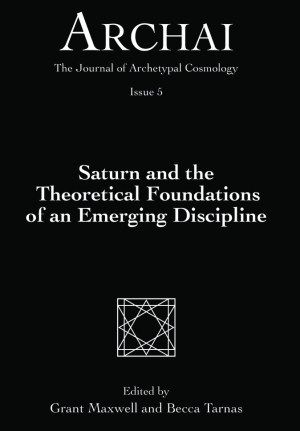 Issue 5 (2016): Saturn and the Theoretical Foundations of an Emerging Discipline

Saturn structures the rites of passage and initiations of life: at the precise time of birth Saturn fixes the natal chart, and it stands at the threshold of death. James Hillman’s essay “On Senex Consciousness” provides the foundation for this issue: it is an homage to the Saturn archetype, forming the backbone for the entire volume. The contributors–including Richard Tarnas, Keiron Le Grice, Jessica Garfield-Kabbara, and Drew Dellinger–offer articles on such subjects as the potential for a feminine re-visioning of Saturn, a philosophical investigation into the three modalities of time, the relation between psychological and archetypal complexes, the connection between participatory theory and archetypal cosmology, a review of Sean Kelly’s book Coming Home: The Birth and Transformation of the Planetary Era, and archetypal analyses of Dante’s Saturn return, the Saturn-Neptune complex in the life and works of Virginia Woolf, and the relation between karma, collective field dynamics, and the Saturn-Pluto complex. 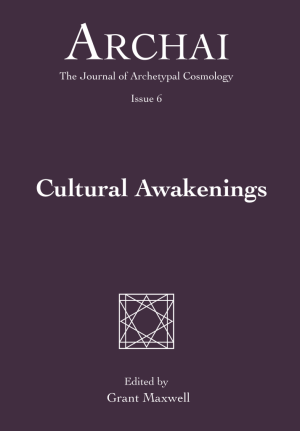 We appear to be undergoing a collective psychological and cultural death-and-rebirth initiation on an unprecedented scale, and of unique historical significance. The Uranus-Pluto square, in orb from 2007 to 2020, is correlating with unexpected and deeply disruptive changes in many spheres, but it is also providing a rare opportunity to overcome these pervasive crises to usher our cultures into a new world view that is more just, compassionate, mindful, and sustainable than the apparent dead-end to which the habitual assumptions of late modernity, once so productive and inspired, have led us. The articles included in this issue of Archai are profoundly optimistic, showing possible ways forward in both the cultural and theoretical domains, perhaps especially correlating with an alignment of Jupiter, the planetary archetype of expansive, optimistic elevation, in a T-square with Uranus and Pluto from late 2016 through mid-2018. The contributors—including Richard Tarnas, Becca Tarnas, Kent Bye, and Michele Maynard—write about subjects ranging from Alfred North Whitehead’s cosmology, Aristotelian causation, Jean Gebser’s concretion of time hypothesis, and Ray Kurzweil’s theory of exponential technology to virtual reality, Marilyn Manson, the hip hop movement, and sustainability. This issue looks beyond our moment of crisis to new directions for the theory and practice of culture, suggesting the many ways archetypal cosmology can play a significant role in the transformation in which we are collectively engaged, providing orienting purpose, cosmic intelligibility, and a capacity for greater awareness of the qualitative dynamics informing our experience, at once liberating, heartening, and illuminating. 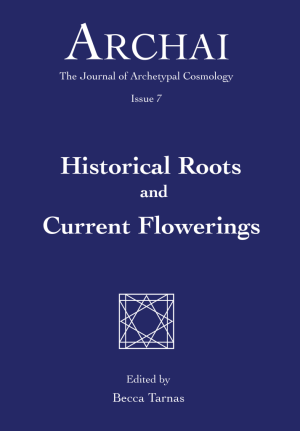 The historical roots of archetypal cosmology extend across the globe and deep into the reaches of time. This issue draws together several such lineages, while also turning toward further flowerings of archetypal cosmology in the contemporary world, such as the theoretical connections between astrological archetypes and psychological types. The contributing authors—including Laura Michetti, Petr Lisý, Daniel Polikoff, and Gerry Goddard—offer articles on such historical subjects as the Persian origins of the Saturn return, the importance of Prague in the development of transpersonal psychology and archetypal cosmology, and the Romantic and poetic lineages of those same disciplines. Richard Tarnas explores the role astrology can play in our current time of crisis. The issue closes with three book reviews on the subject of C. G. Jung’s relationship to astrology, and the significant collaborative role Toni Wolff held in the development of analytical psychology.