Welcome to Archai, an academic journal that explores significant correlations between cyclical alignments of the planets and the archetypal patterns of human experience.

Issue 7 of Archai is now available!

To order a copy of the paperback, please visit here.

The historical roots of archetypal cosmology extend across the globe and deep into the reaches of time. This issue draws together several such lineages, while also turning toward further flowerings of archetypal cosmology in the contemporary world, such as the theoretical connections between astrological archetypes and psychological types. The contributing authors—including Laura Michetti, Petr Lisý, Daniel Polikoff, and Gerry Goddard—offer articles on such historical subjects as the Persian origins of the Saturn return, the importance of Prague in the development of transpersonal psychology and archetypal cosmology, and the Romantic and poetic lineages of those same disciplines. Richard Tarnas explores the role astrology can play in our current time of crisis. The issue closes with three book reviews on the subject of C. G. Jung’s relationship to astrology, and the significant collaborative role Toni Wolff held in the development of analytical psychology.

Call for Papers for Archai Issue 8

Archai: The Journal of Archetypal Cosmology is now accepting submissions for the 2022 issue. Although we would be happy to consider any pieces related to the discipline of archetypal cosmology, we are particularly interested for this issue in articles involving the planetary archetype Uranus. Given the Promethean, boundary-transgressing quality of this archetype, we would also be particularly interested in receiving articles that explore the relation between archetypal cosmology and theorists who have not tended to be emphasized in our permeable canon, such as theorists who have been described by the designation “postmodern,” a stream of thought often pervaded by revolutionary radicality and enigmatic playfulness, though always in complex relation with other potencies. Similarly, we would be interested in receiving pieces that rigorously explore planetary archetypes beyond the ten planets which the journal has generally emphasized, including Chiron, Ceres, Eris, Haumea, and Makemake, especially in complex with Uranus. As a loose organizing principle rather than a strict demarcation for this issue, the quality that these various subjects have in common is the liberated creation of novelty in all its forms.

Please refer to the guidelines for submissions

The Romantic Origins of Transpersonal Psychology

However one names, dates, or defines it, Romanticism transformed human consciousness. It is no accident that Wordsworth’s Prelude, perhaps the signature work of English Romanticism, revolves around the poet’s first-hand engagement with the French Revolution. Wildly enthusiastic at first yet bitterly disillusioned at last, William Wordsworth returned from France not only to England but to himself. Turning inward to seek surer spiritual ground for human hope and aspiration, the poet chronicled the saga of his own imaginative life, penning Western literature’s first autobiographical epic. This Wordsworthian turn may be considered emblematic of Romanticism, a movement that—while not eschewing idealism in the political sphere—recognizes that the destiny of a people depends radically upon the spiritual state of the individual persons whom (according to the doctrines of that famous Romantic forerunner, Jean-Jacques Rousseau) any collective is supposed to serve.

To read the rest of this article please see: “Rowing Back: The Romantic Origins of Transpersonal Psychology“

Persian Conjunctions and the Origins of the Saturn Return

I am often struck by the inherent complexity of a field like the history of astrology. What does it mean to look back in time at astrology—a subject notoriously concerned with the future? Furthermore, extracting the history of astrology from the history of religion, philosophy, science, mythology, literature, astronomy, or esotericism, is nearly impossible. Thus, as is perhaps fitting of any attempts to understand and explain an esoteric system such as astrology, we are already confused. But, as is also perhaps fitting of any esoteric tradition, the answers to our questions can be found within the tradition itself—but only through careful study and with great humility.

To read the rest of this article please see: “Persian Conjunctions and the Origins of the Saturn Return”

The Archetypal Cycles of Virtual Reality

Virtual reality is a new immersive computing paradigm that can hack our senses and convince our brains that computer-generated experiences are real, which raises fundamental questions about our understanding of reality. VR provides a direct experience of how our reality is mediated through our perceptions, which blurs the boundary between subjective and objective reality. In this article, I will analyze major outer-planet astrological cycles since the 1960s to track the evolution of virtual reality technologies, as well as to gain insight into the transformative potential of this new communication medium.

To read the rest of this article please see: “The Archetypal Cycles of Virtual Reality“

Substantial evidence has been put forward for the astrological perspective, demonstrating the multifaceted ways in which astrology works. Yet below the surface of this evidence lies another question: why does astrology work? What does the recognition of this highly precise, yet poetically subtle, correspondence between planetary movements and events on Earth indicate about the nature of the cosmos? The evidence for planetary correlations with human affairs can, in many ways, address the alienation from the rest of the cosmos felt by the human being in late modernity. Through the recognition of such symbolic patterns, we can feel the deep interconnection that has always been present between us and our world. We are our world. The cosmic web has not been cut, although part of our human journey has been to feel as though the threads of our existence have been severed.

To read the rest of this article please see: “Everlasting Concrescence“

There are few frames of reference more illuminating of individual and collective archetypal dynamics and psychological conditions than an archetypally informed knowledge of current planetary positions. In the following pages I would like to set out an overview of the major world transits of the outer planets that I believe are most relevant for understanding our current historical moment. In particular, I want to review both the most significant longer-term planetary alignments leading up to this era and, more recent, those that have unfolded since Cosmos and Psyche was completed five years ago, in 2005. On that basis, we can deepen and extend that book’s brief anticipatory analysis of the extraordinary convergence of planetary configurations of the 2008–12 period. This article is therefore continuous with the chapter “Observations on Future Planetary Alignments,” from the final section of Cosmos and Psyche.

Astrology is a soul-making practice. The astrologer participates in this sacred act by correlating experiences in the world with the movement of the planetary bodies. With its many incarnations, the soul passes through countless charts, each time living, growing, and creating from that chart’s unique archetypal structure. Astrology is a process of remembrance of the soul’s journey and calling. The natal chart reflects the soul’s karma, story, and potential for embodiment and expression. But the way the soul lives through the chart, and thus the archetypes, is also informed by the historico-cultural context into which one is born—the collective karma of the human species at any given moment of time. Every astrologer has heard that “whatever is born or done at this particular moment of time has the quality of this moment of time.” Every chart, whether for a person, place, or event, carries the archetypal qualities associated with the position of the planets at that moment. Perhaps less often considered is the way in which a new discipline is born out of its historical moment. Every discipline, like every person, comes from a tradition steeped in a rich and complex history. All things born during our current time are coming out of the tradition of patriarchy, thousands of years old, with its considerable gifts and immense challenges. Depth psychology and archetypal astrology, like most things born in our time in the West, have evolved out of the Greco-Roman and Judeo-Christian patrilineal traditions. History and tradition deserve our careful attention, both our reverence and our critical analysis. Each age carries forward everything that has come before it while at the same time evolving that tradition. Each age undertakes the collective soul-making of our species.

To read the rest of this article please see: “Re-Visioning Saturn“

For Jung, the call to individuate arises from the deepest sources of life and is supported inwardly and outwardly by the compensatory activities of nature. It is a call, therefore, that is not to be taken lightly. Both inwardly and outwardly nature strives unceasingly to bring about the realization, in the life of the individual, of a unique pattern of meaning.

When I first began seeing clients as a psychotherapist, I found myself entranced by their stories and deeply moved by their struggles. As I listened to the themes of their lives play out and shape themselves into patterns in front of me, it was as though I could see strands of their psychic material weaving together into a Gordian knot. I could feel how when one strand was tugged, the entire knot reverberated in response, and my client would go into a well-worn, deeply problematic reaction. That reaction seemed to be fueled by a perception that did not appear to be an appropriate fit for the current situation, and often exacerbated existing relational issues, if not actually creating problems where they had not existed before. These problematic interactions often resulted in yet another life experience that validated the client’s painful beliefs about his or her place in the world, and added to the already complicated mass of related feelings, experiences and memories. I frequently found myself reflecting to my clients: “This is complicated.”

To read the rest of this article please see: “Psychological and Astrological Complexes“

Jung, Whitehead, and the Return of Formal Causation

At first glance, C. G. Jung and Alfred North Whitehead might seem to have little in common. On the one hand, Jung spent the formative years of his early career working as a psychiatrist in a mental institution, during which time he began his eight-year association with Freud, which resulted in Jung playing a large, and often unacknowledged, role in the early promulgation of psychoanalysis. Over the half-century following his break with Freud, Jung built his own approach to depth psychology that engaged primarily with the psychological reality of fantasy images, myths, and dreams. On the other hand, Whitehead had a full career as an influential mathematician, writing the seminal book on modern mathematics, Principia Mathematica, near the beginning of the twentieth century with his student Bertrand Russell. In his sixties, Whitehead made the shift to philosophy, specifically metaphysical cosmology, though he always retained the rigorous and abstract approach characteristic of mathematics, a level of precision that philosophers have often sought to emulate. Thus, on the surface, it would seem that Jung’s engagement with psyche and Whitehead’s engagement with cosmos have virtually nothing in common. However, as this implicit reference to Richard Tarnas’s Cosmos and Psyche indicates, the deepest intimations of their psychology and cosmology, respectively, seem to suggest a convergence of these two thinkers’ projects. Indeed, as I have read their work over the years, I have increasingly come to see profound connections between their ideas, particularly between Jung’s concept of archetypes, Whitehead’s concept of eternal objects, and what I perceive as their mutual association with formal causation.

To read the rest of this article please see: “Archetype and Eternal Object“ 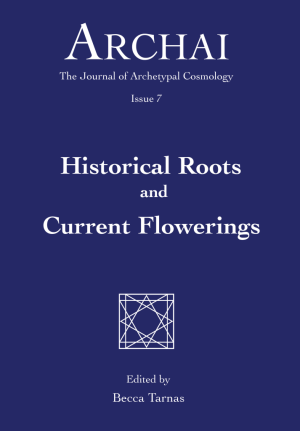