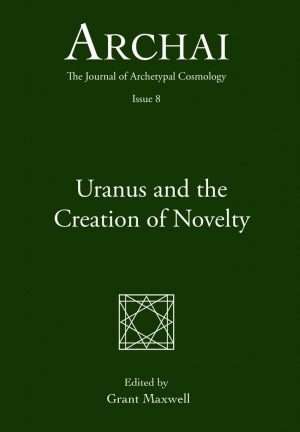 Uranus is the Promethean spark of revolutionary change, inspiration, and breakthrough, but also of rupture, breakup, and breakdown. The contributors to this issue—including Eliza Robertson, Renn Butler, Maud Gemmeke, and Michael Kiyoshi Salvatore—look past the time of crisis in which we have been so deeply immersed, past the collective egoic death mediated by politics, pandemic, and climate change, to possibilities for rebirth and renewal. Articles discuss the Uranian emergence of novel collective movements in society, and in intellectual and artistic cultures, from music and film to autoethnography and generational theory. Some of the pieces not directly concerned with Uranus are meditations on astronomical bodies or aspect points beyond the ten primary planets which have formed the foundational pantheon of our discipline, each piece variously enacting the boundary-transgressing and novelty-pursuing qualities associated with Uranus, though always in complex integration with the rigorous discernment and respect for established modes correlated with Saturn. All of these articles make valuable contributions to the collective creation of a novel mode of relation that may emerge from the crisis in which we have been embroiled, a mode for which archetypal cosmology may play an important, perhaps even central, role.

To order a copy of the paperback, please visit here.

Table of Contents
• Eliza Robertson – “Lilith: An Unfruitful Darkness“
• Renn Butler – “The Solar-Galactic Cycle and Major Watersheds in the Evolution of Life“
• Grant Maxwell – “Schelling and the Rebirth of the Gods in Modern Philosophy”
• Maud Gemmeke – “Practicing Hope: The Mythology and Astrology of Ceres in the Counseling Setting”
• Larry Colvin Johnson – “Imparting the Promethean Fire: A Poet Teaching”
• Scott Zimmerle – “Unity and Division in The Passion of the Western Mind“
• Robert Anderson – “Promethean Fire: The Axial Alignments of the Mars-Uranus Cycle“
• Michael Kiyoshi Salvatore – “Astrology and Generational Types”
• Joel Andrew – “The Grunge Music Era and the Uranus-Neptune Conjunction”

Correction: The following entry was omitted from the Contributing Authors section.

Maud Gemmeke finished a three-year masters program at the University of Humanistic Studies in the Netherlands in 2013, after having finished a three-year bachelors program at the same university. Humanistic Studies is a multidisciplinary study that offers courses in psychology, religion, philosophy, and sociology. From 2013-2020 Maud worked as a humanistic counselor in psychiatric hospitals, an academic hospital, and palliative care. In 2020, Maud started her own private practice under the name Pallas Astrology, as an astrologer; starting a journey of bringing her love for counseling and astrology together.